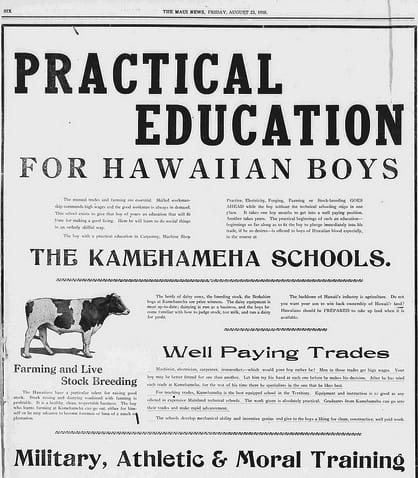 Our kuleana at Pūpū A ʻO ʻEwa is to encourage writers and artists to explore their voices and to provide a creative space for them to share their work. We are pleased to spotlight the talented young writer, Will Gutzman, and his short fiction piece, Once and Future.

Meet the author: Will Gutzman

The old manʻs rheumy eyes fell upon the dusty box in the corner of the shed. Labeled “School Stuff,” it had been hiding untouched in this corner for seven decades. How old was he now? He had lost track of the years after all that had happened in his life.

In the shed the man also spied a car’s old, rear-view mirror, dust-covered and spider-webbed. It was something he had not wanted to throw out, no doubt. But why? The mirror was useless except on the car it was made for.

A stray thought came to him. His memory had deteriorated over the years, but he recalled taking a class with Mr. A…? What was his name again? Mr. Apo! That was it. In opening up the box, he was pleased to find some of his old writings from high school which sparked memories of writing day-long sentences within month-long essays.

In one of the ancient, musty smelling folders he found a piece that he had written for Mr. Apo’s class in 2015! It was all becoming much more vivid. The distortions in his memory—like antique, wavy glass—faded. Thoughts and feelings of school rushed back to him. The humid soccer field on warm island mornings, wrought iron fences casting italicized shadows on the ground, the call of the kōlea. Time turned back on itself, and those days on campus were no longer the past. They appeared in his mind as if he were back there, right now. Lost in his memories, the man stared at dust particles hanging in the still air. What was it that some long-dead author wrote? “So we beat on, boats against the current, borne back ceaselessly into the past.” Yes. That’s all there was now. The past.

He smiled. Gently setting down the rear-view mirror, he picked up the piece he had written for Mr. Apo. It was presciently titled “Once and Future.” It began: “The old man’s rheumy eyes fell upon the dusty box in the corner of the shed….”